Childhood and study
Gert van Hoef was born on June 17, 1994, in Barneveld, the Netherlands. At age 13, he received his first lessons from his grandfather. He received a digital organ from his parents and explored the instrument by himself.

In June 2008, Gert started to study organ with Ms.Daamen, organist and choir accompanist in Barneveld.

In 2010. he started to receive lessons from Evert van de Veen, organist in Voorthuizen for eighteen months. During this time, his musicality flourished and he developed his repertoire in both breadth and depth.
Gert was frequently asked for performances and concerts throughout the Netherlands. People showed interest in his work, probably due to the videos he posted on YouTube right from the start of his musical career.

In June 2010, as a 16th birthday present, Gert had the opportunity to play on the famous Moreau organ of Sint-Jan's Church in Gouda, and to record it on a DVD. At the same time, he was also appointed as organist at the Voorthuizen Reformed Church.

Starting in September 2011, Gert studied in Amersfoort with Herman van Vliet, preparing for conservatory study after high school. He also became the resident organist of the Eminent organ showroom at “The Point”,in Voorthuizen. Gert’s first commercial DVD was recorded during a concert in this showroom.

Gert began to give many concerts widely throughout the Netherlands during public or private events, like a birthday or anniversary.

In 2015, he gave his first overseas concerts in Stoke-on-Trent (GB) and London.

In June 2017, Gert graduated for his 'Bachelor' degree in music (organ) on the majestic 'Müller' organ of the St. Bavo Church in Haarlem.
The jury was very impressed and awarded him a score of 8.5 points (out of 10).

In the summer of 2018, Gert completed his studies at the conservatory and obtained the final diploma.

Competitions
►Gert’s first competition occured in January 2009 at the International Classic Music Organ Competition, at the Johannus Organfactory in Ede. He advanced to the finals of the competition, which append in February 2009, during the Hardenberg Family Days. There, he won the 1st prize in his age and music category. In June 2009, the incorporated CD recording of the final took place in the St. Maartens Church in Tiel. The CD was entitled “Finale” and was presented at the Duikenburgse Days.

►In August 2010, Gert won the Feike Asma competition at the Johannus Organ Factory. He placed in this competition second the following year.
►In June 2015 Gert won the Govert van Wijn Organ Competition in the Grote Kerk in Maassluis.

From April 2020 Gert has been giving livestream organ concerts on his YouTube channel. An overview of all played pieces can be found via https://gertvanhoef.wiki/livestream_archive.

at the Interclassic music competition

Graduated from the Royal Conservatory in The Hague 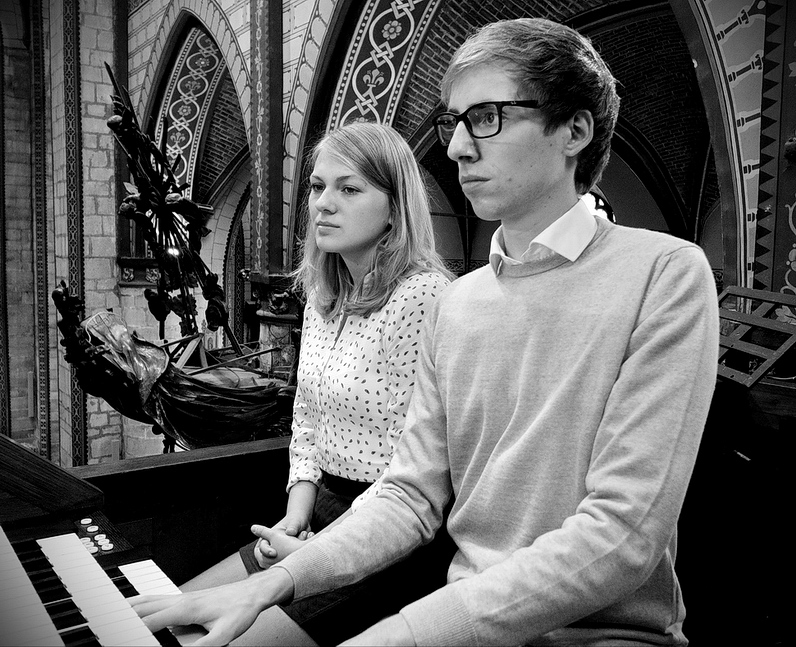